Thomas Schütte’s (* 1954 Oldenburg; lives and works in Düsseldorf) placement of his figural and architectural sculptures spotlights inconspicuous places or sites that have been forgotten. The development of his works is also influenced by references to architecture, history, and stories. At the same time, the references have a disturbing effect: they are strangely reinterpreted or interrupted by the surprising and thought-provoking motifs. In this way, the viewers’ awareness of urban space and the diversity of public life is sensitized. Urbanity is a key theme in Schütte’s artwork—he has been contributing to the discussion of art in public spaces since the 1980s. Yet he prefers to keep his distance to conceptual matters. In fact, his works are accessible to viewers even without contextual knowledge. 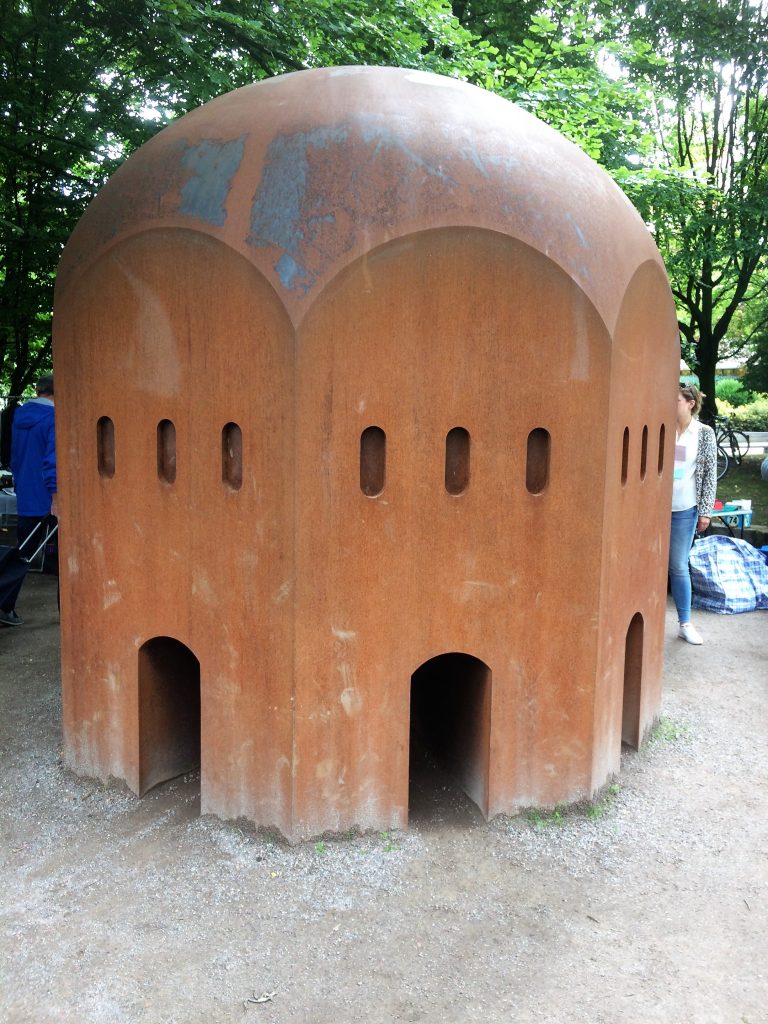 This has been the second contribution of Schütte to the Münster Skulptur Projekte.

The first one, the two cherries, was done in 1987, and has become a permanent iconic monument in Münster. 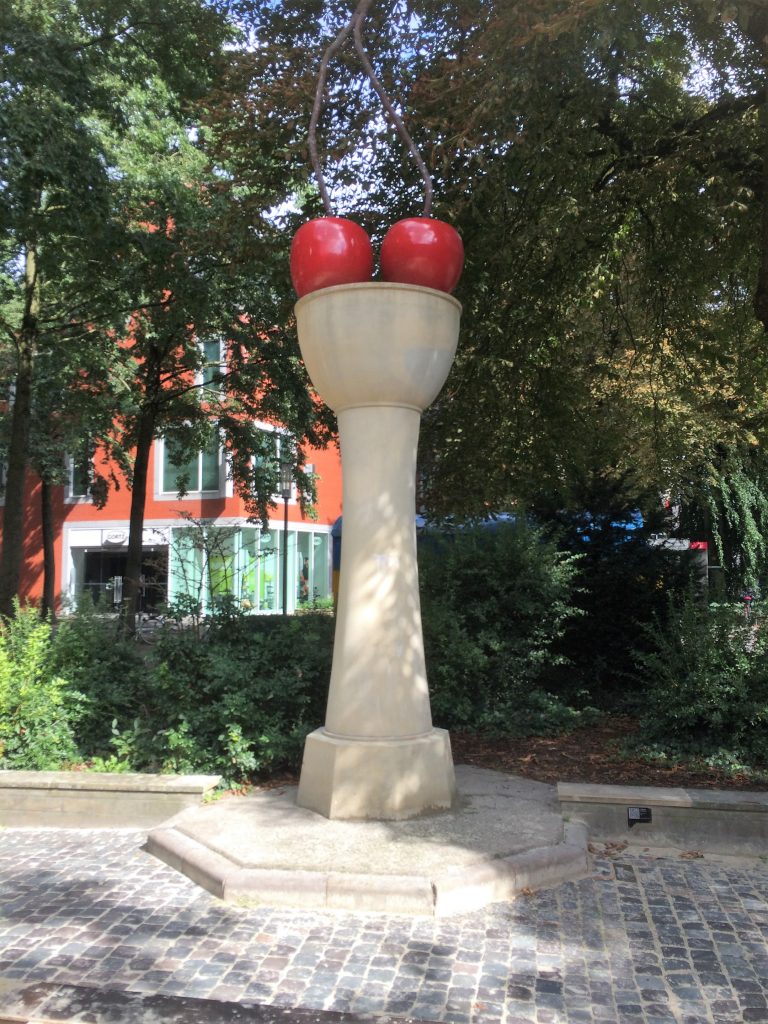