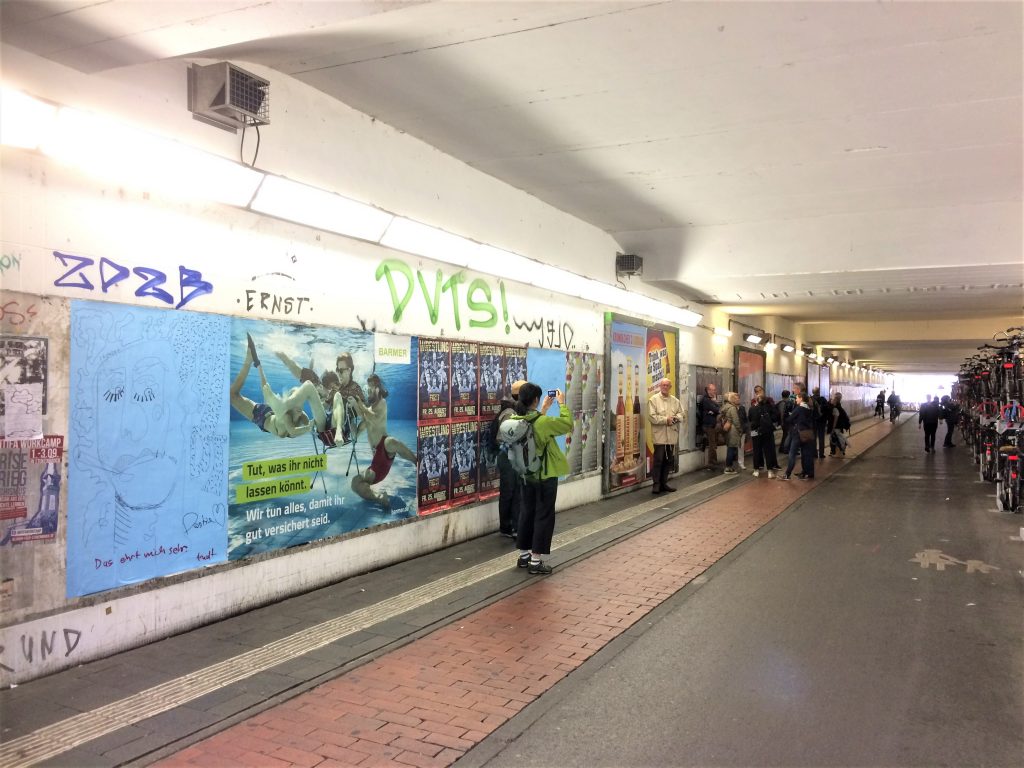 As his contribution to Sculpture Projects, Ogboh has developed a sound concept for the Hamburger Tunnel, an underground passageway next to Münster’s main station. Based on the compositions and poems of the legendary American musician Moondog, he uses, among other things, material recorded on the Trimba by Moondog’s close friend Stefan Lakatos. The instrument was invented by Moondog—a blind street musician, who was born Louis Thomas Hardin (1916–1999)—and it is characteristic of the pieces he began composing in the late 1940s. According to the obituary written by his old New York flatmate Philip Glass, he was one of the most influential nonconformists of his time, an associate of Leonard Bernstein, and a source of inspiration for the composer Artur Rodziński. Thanks to his intense involvement with rhythm, melody, and language, Moondog wrote several hundred two-line poems (Couplets) in addition to his music pieces. After leaving New York, where he had gained fame as the Viking of 5th Avenue, Moondog ended up in the Westphalian town of Oer-Erkenschwick, moving just before he died to Münster, where he is buried at the main municipal cemetery. The concept of soundscapes shared by both Moondog and Ogboh reveals a common interest in the public space as a source and stage for their compositions: the street, which John Cage called ‘the true concert hall’.