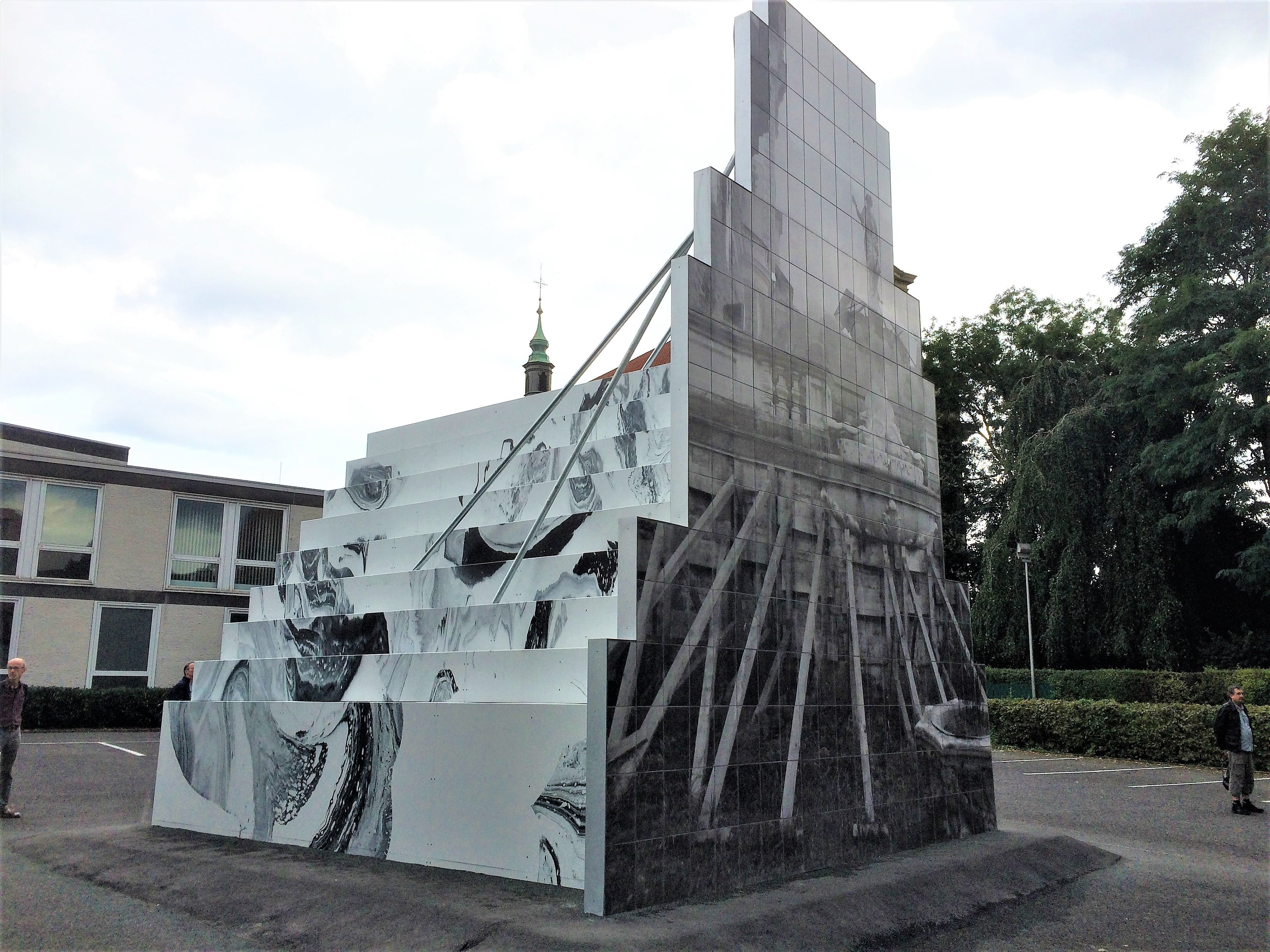 Material: Dibond, ceramic tiles, galvanized steel, Jesmonite Peles Empire are: Katharina Stöver * 1982 Gießen, lives in Berlin Barbara Wolff * 1980 Fogarasch, lives in Berlin For Skulptur Projekte, Peles Empire has erected a gable, nearly eight metres high, in the immediate vicinity of the city’s historic centre. The gable’s tiled façade shows an image of the castle’s crumbling terrace as well as the supports that keep it from collapsing. The façade is braced by poles and propped against a stepped volume, whose surface is covered with black-and-white streaks, mimicking a stone surface. This surface visually anticipates the Jesmonite bar inside. Both are black and white and thus create the effect of a photocopy. The object, which is located in a carpark, is not just for viewing from the outside—it can also be entered. The first impression suggests some intrinsic value, but this is misleading: what looks magnificent and solid