Christian Odzuck (* 1978 Halle; lives in Düsseldorf) takes as his focus architectural fragments as well as urban building processes. His basic artistic approach is the reuse and further development of building materials, which he reassembles as accessible structures. Original buildings and individual elements, reused materials, or the memories thereof are visible and aesthetically tangible for visitors.

The point of departure for his piece is Münster’s former revenue office, the Oberfinanzdirektion (OFD) building, demolished in 2016/17.

Built in the 1960s from plans developed by the architecture firm HPP Heinrich-Petschnigg & Partner.

Odzuck placed his work OFF OFD on the now abandoned space. Getting his bearings from the clear, modern use of form in the now demolished administrative building as well as from its former dimensions and floor plan. The centrepiece of the work is the stairway, which is conspicuous in an architectural sense. Originally, it was at the main entrance of the OFD. But Odzuck reconstructed it as a mock-up, imitating its function as a walkway yet expanding it from a conceptual and structural point of view. He recycled the demolished building’s materials as a ballast bed and added on modular prefab concrete bricks made of leftover cement from previous building projects. In addition to this, the artist translocated and reactivated the 23-metre-long street light from the OFD car park. 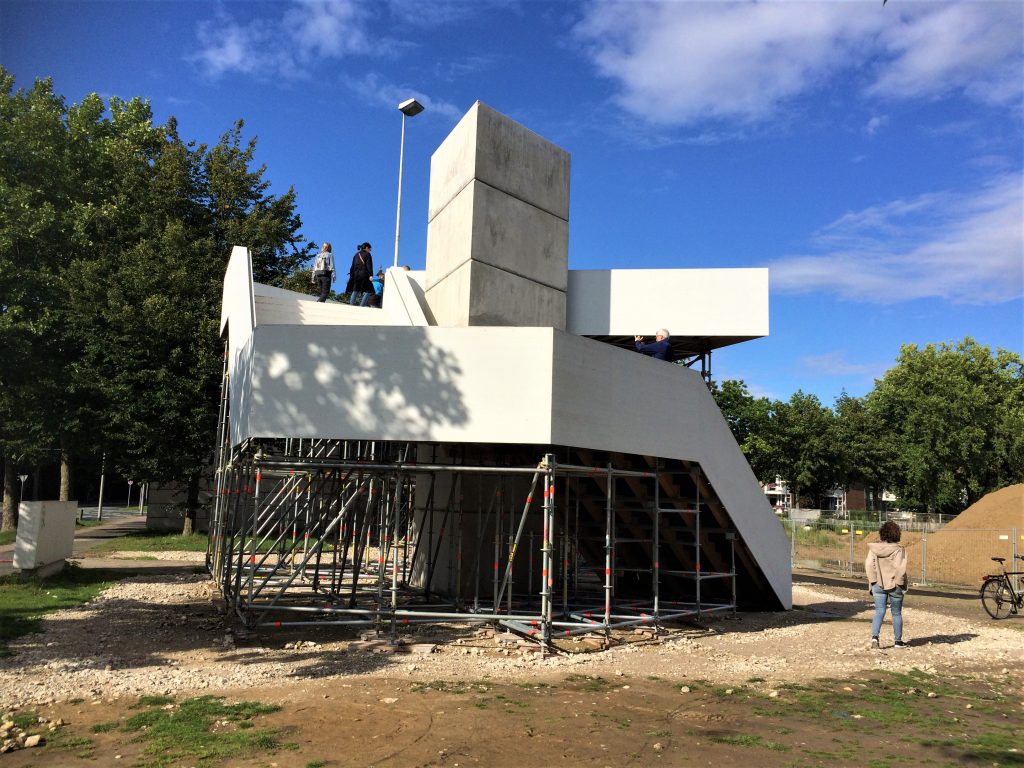 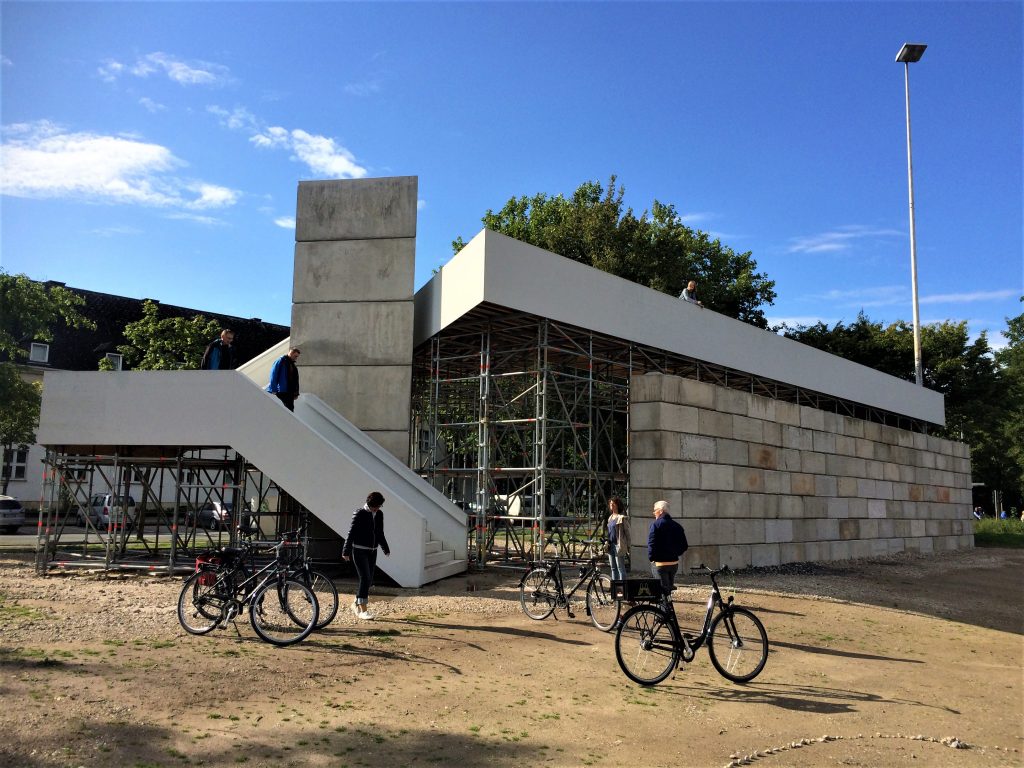 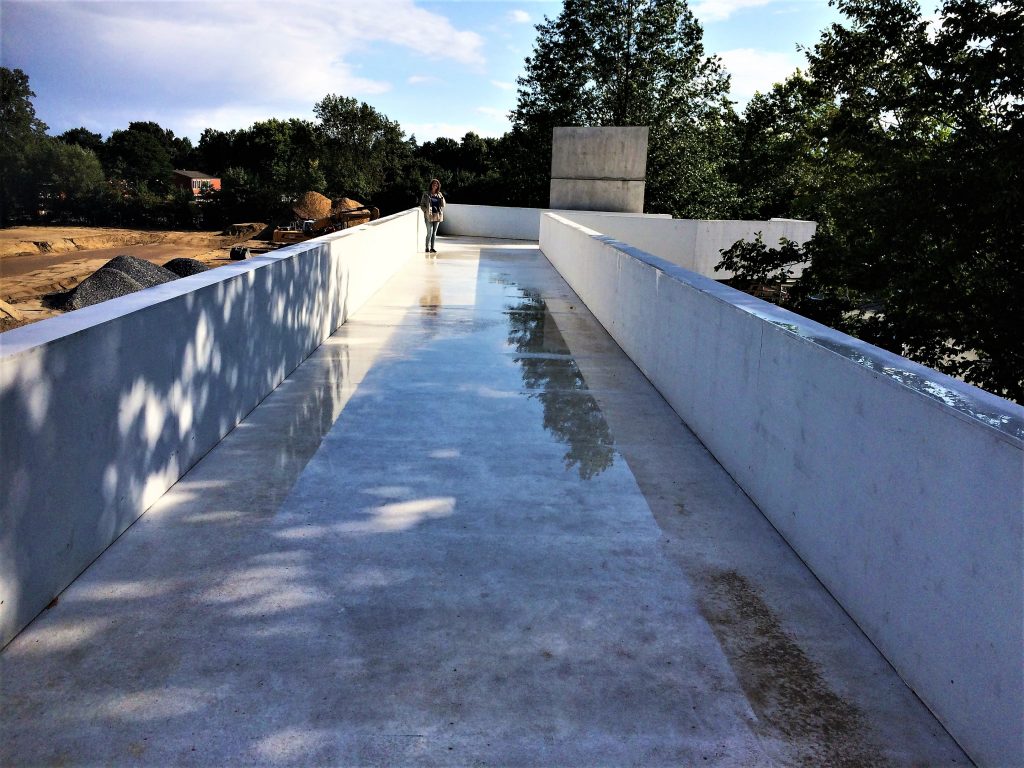 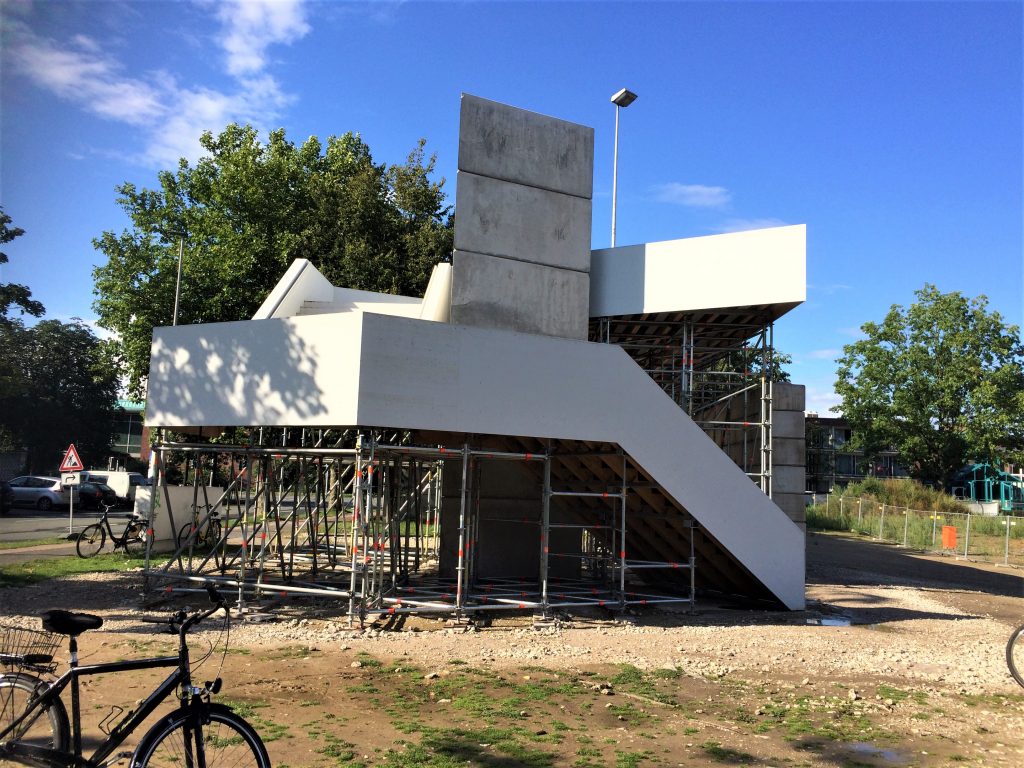 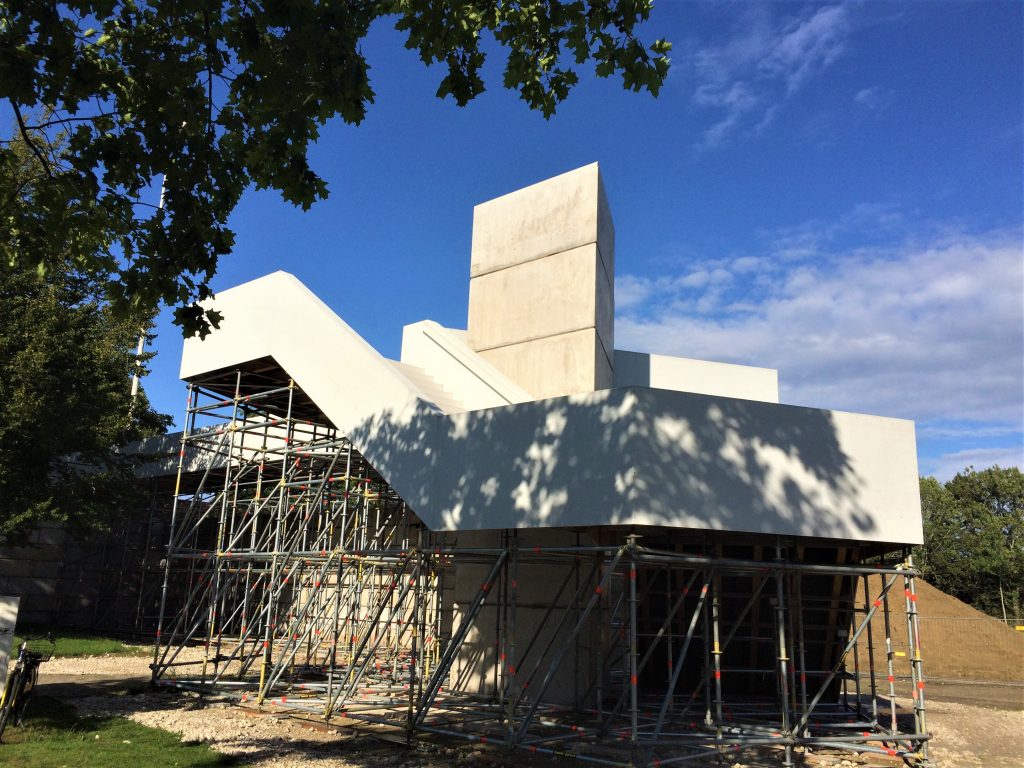