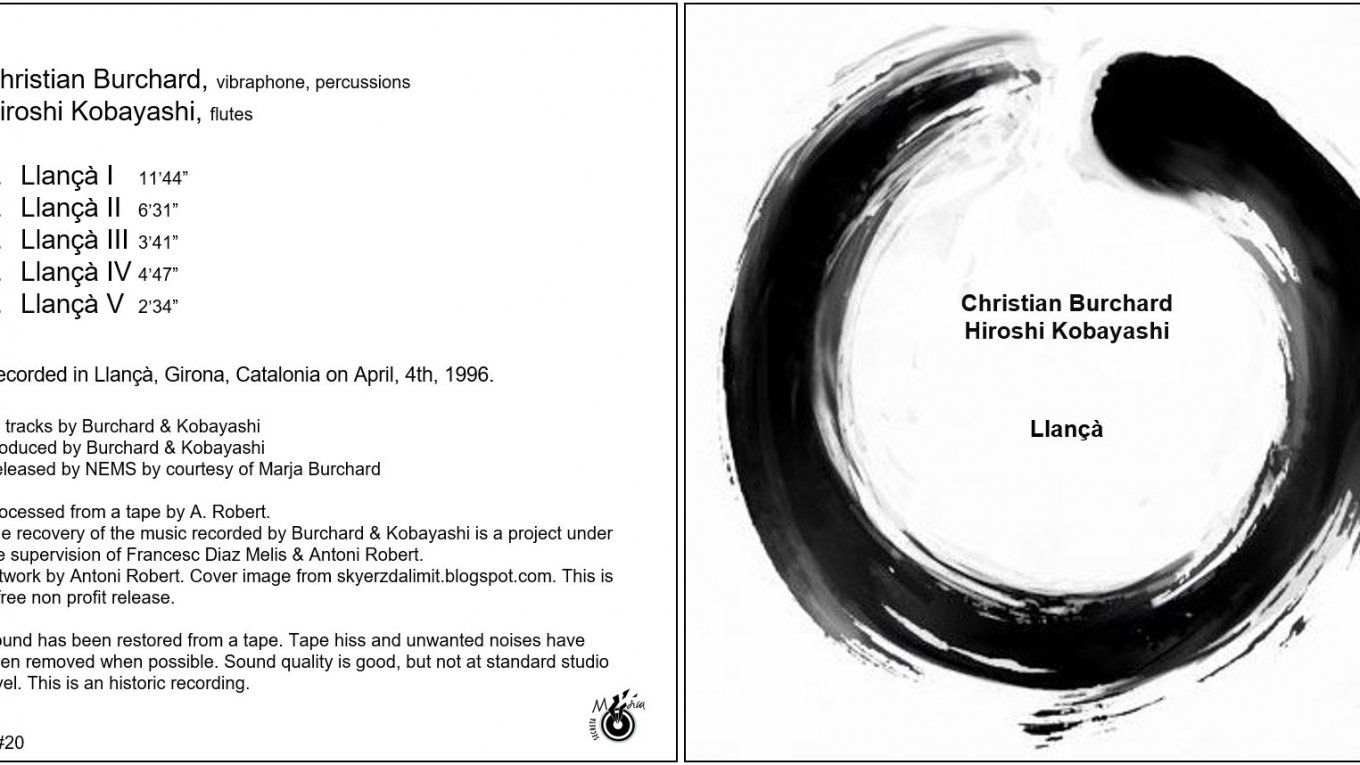 Christian Burchard, vibraphone, percussions; Hiroshi Kobayashi, flutes; Released by NEMS by courtesy of Marja Burchard.
Recorded in Llançà, Girona, Catalonia on April, 4th, 1996. improvisations of two legends are in this recording. There’s additional material, but as a trio, with the addition of chinese sheng master Li Huangjia. The trio recording will be released too. But as a duo those are the only existing tracks. Christian Burchard founded the band Embryo in 1969 ans was its leader until his recent death. Embryo are still alive under the leadership and talent of his daughter Marja Burchard.

Sound has been restored from a tape. Tape hiss and unwanted noises have been removed when possible. Sound quality is good, but not at standard studio level. This is an historic recording.

Processed from a tape by A. Robert.
The recovery of the music recorded by Burchard & Kobayashi is a project under the supervision of Francesc Diaz Melis & Antoni Robert.
Artwork by Antoni Robert. Cover image from skyerzdalimit.blogspot.com. This is a free non profit release.