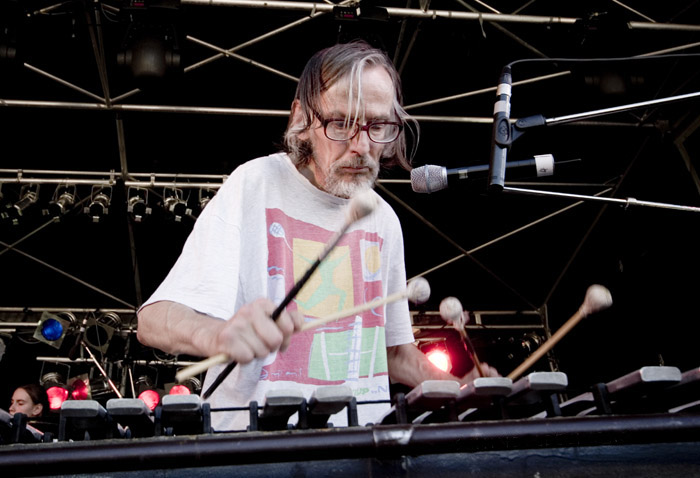 Yesterday Christian Burchard stopped to be a living legend to become just a LEGEND. Not many people achieve to be living legends, and Christian is one of those who were, despite the fact that he was never interested in it at all. He was just interested in creating and playing music with people all around the world. And the body of his work is huge and amazing. He decided to develop his work with others in a team, and for that purpose he created the band EMBRYO, active since the sixties until today. Christian has played with AMON DÜÜL II, with Mal Waldron and Charlie Mariano (occasionally members of EMBRYO), with El Mallem Mahmoud Gania, Paramasavam Pilai, the Yoruba Dun Dun Orchestra and a huge list of musicians all over the world. He invented the WORLD MUSIC, he was one of the founders of the KRAUTROCK. And never interested in commercial succes, but only in creating real good music. Attached please find some pictures and a video, corresponding to his antepunultimate concert, at Magia Roja, Barcelona. The day after he played at Horiginal (Barcelona) and two days later in the south of Spain. And then he had to stop. The video is overwhelming. We spoke that night and the night after. He was tired, but happy, because this is the kind of life he always wanted to live. On the road, driving the van, carrying all the instruments and always playing. Now his daughter Marja is in front of the band. The pictures show a selection of my favourite recordings of Embryo. Try them in case you have not yet.