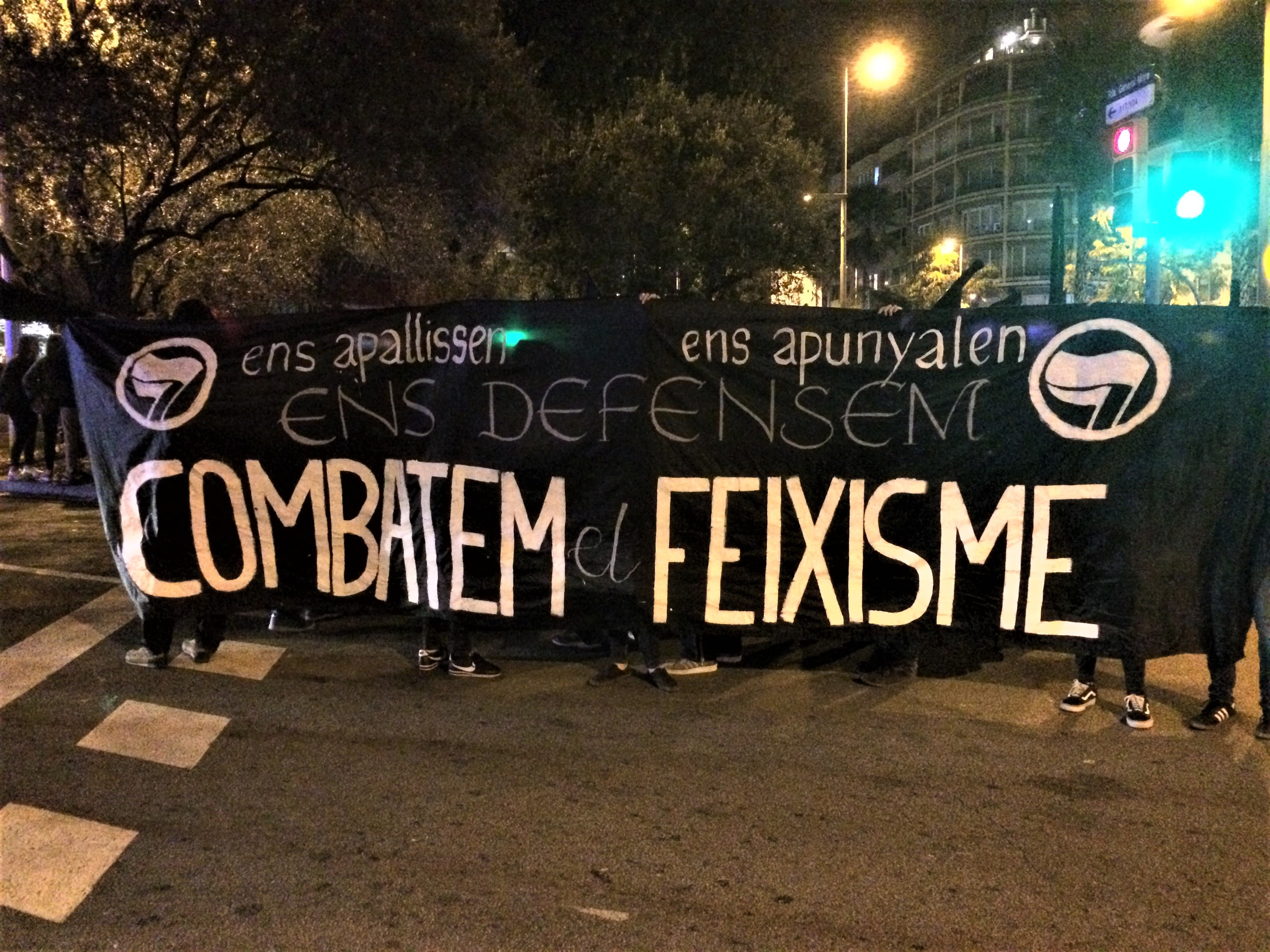 UPDATE: THE EXHIBITION IS PROLONGUED AT LEAST UNTIL DECEMBER 21ST. FOR THIS DATE THERE’S A CALL FOR CATALAN ELECTIONS AND MORE POSTERS AND ARTISTIC WORKS ARE EXPECTED TO APPEAR ON THE WALLS OF BARCELONA DUE TO THE ELECTIONS CAMPAIGNE. HERE I PRESENT SOME RECENT ADDINGS. The Star Wars reminiscent art refers to the fact that for catalans Spain is the rest of the Castilla Empire. This empire has been loosing its military conquered territories, such as Peru, Cuba, Philippines, etc. And now it is the turn for Catalonia, conquered by Felipe V army in 1714. And the Empire counterattacks, the Dark Side conterattacks. But nothing can stop the desire of freedom of a country. UPDATE: the exhibition has been extended due to the extreme clumsiness of the spanish government, that has decided to jail two catalan leaders of cultural associations, that have not committed any crime. The not independent spanish