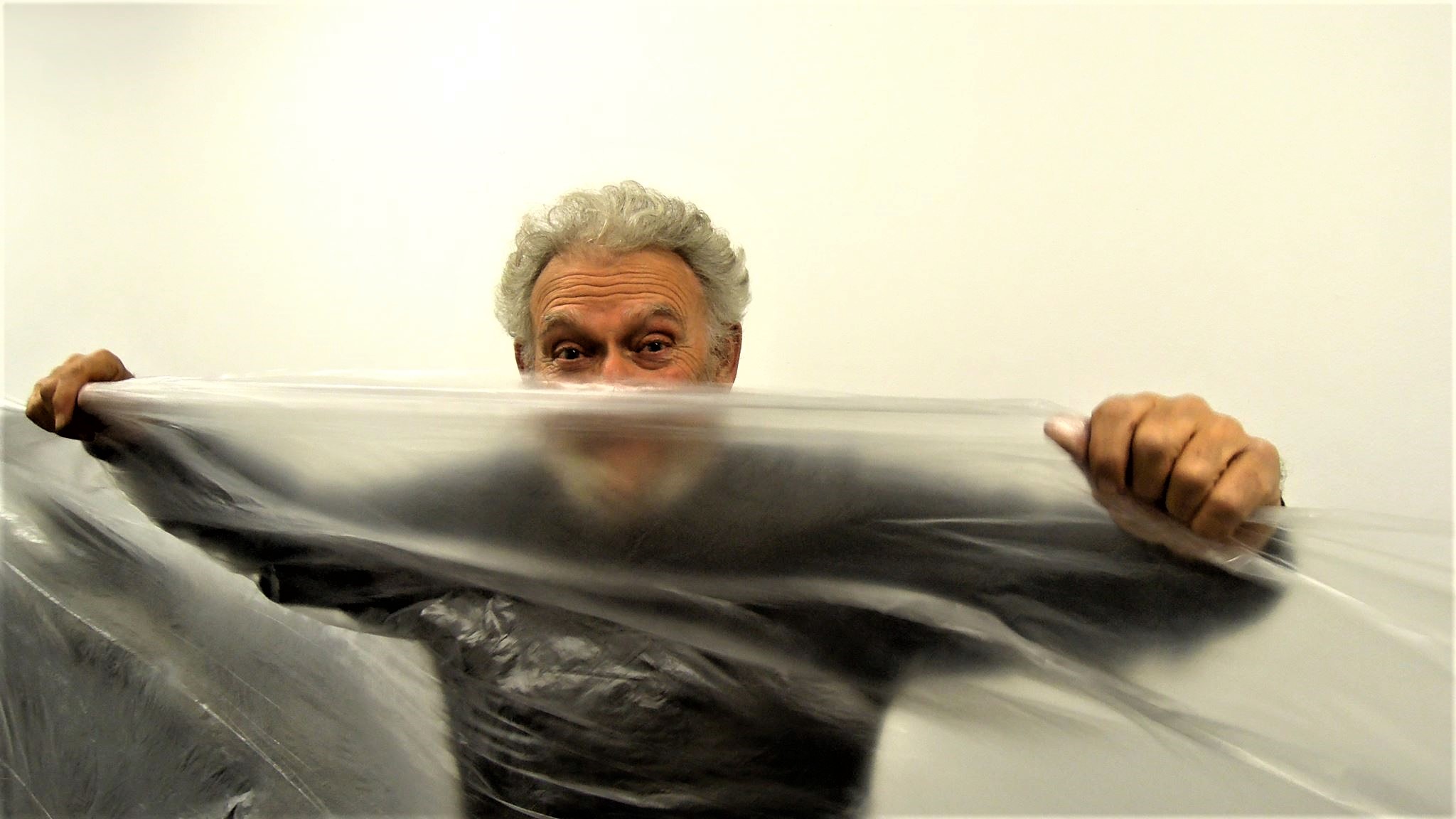 Montserrat Palacios, voice, kettles, plastic; Miquel Àngel Marín, clarinet, voice; Llorenç Barber, bells, voice; at Albareda, Barcelona, 10-3-2018 BCN ImproFest2018. A luxury to have a legend in the BCN ImproFest 2018. Llorenç Barber is one of the mavericks of Spanish music. Departing from a passionate interest in John Cage – and particularly in ZAJ group, a sort of Spanish zen/ Dada collective- Barber has developed a truly unique musical language since his early minimalist-inspired compositions. He has developed a strong interest in one of the most ancient sounds of the humankind, the sound of bells. With his portative set of bells, Barber plays long improvised pieces in which uses harmonic chant; a minimal chamber setting which recognizes links with NY Downtown experimental scene from the seventies and eighties (in fact, he was there in early ’80’s). His other works includes music for several ensembles and extended vocal techniques, but his most